Nederlands
Buy your tickets
Search
Do it yourself 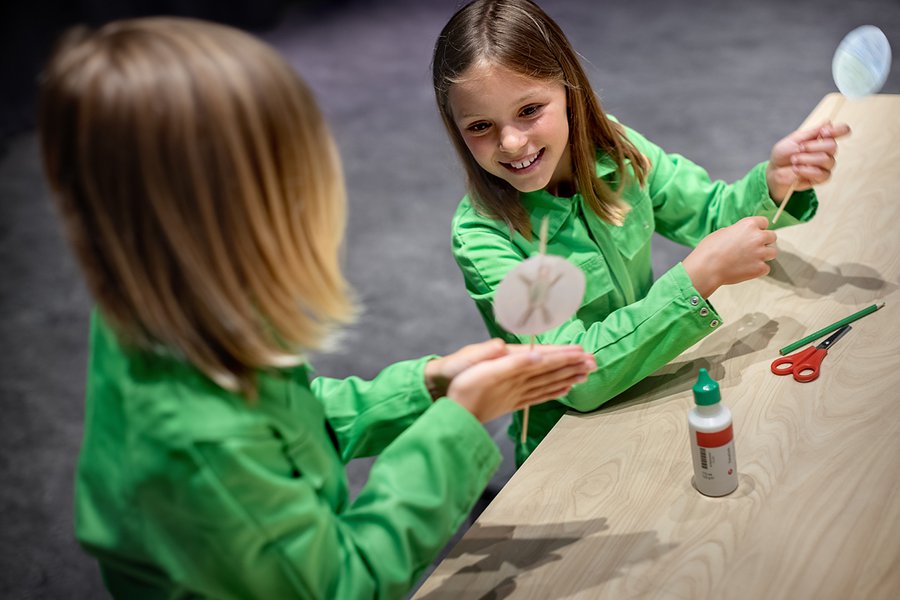 What did you discover

With your eyes, you see the two drawings one after the other, in quick succession. But because this happens so fast, your brain no longer understands that they are two separate images. Instead, it turns them into one image. A film or video works in exactly the same way. It is actually nothing but a whole series of still images you view in rapid succession. Your brain has no time to realize this, though, so it merges the images together and makes them seem like one moving scene.

Scientists discovered this optical illusion more than 150 years ago, and invented all kinds of devices to demonstrate it. The thaumatrope is one of them. “Thauma” means miracle in Greek. And “trope” comes from trepo, meaning to turn or spin, also in Greek. So: a spinning wonder. 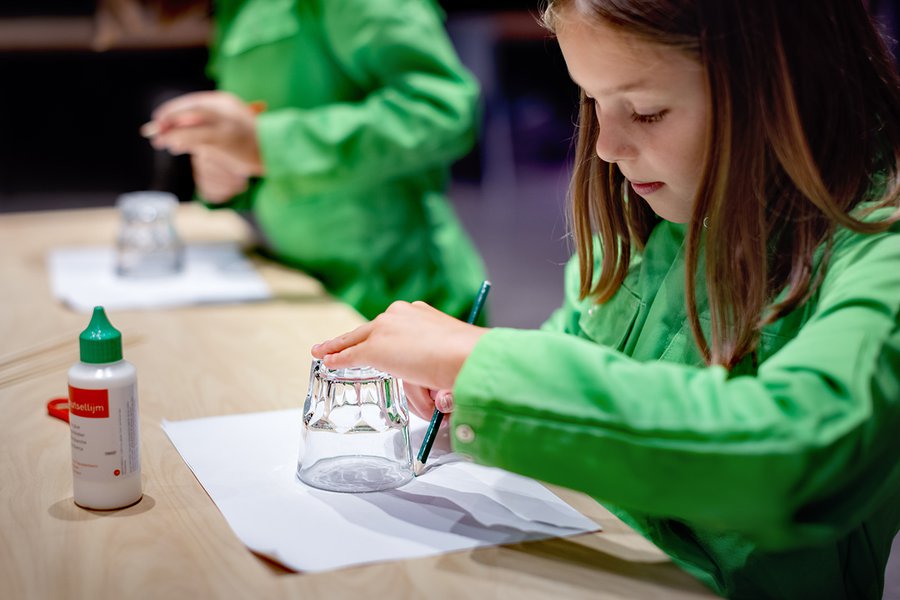 Place the lemonade glass upside down on the paper. Draw around the rim with a pencil to make a perfect circle. Move the glass and draw a second circle. 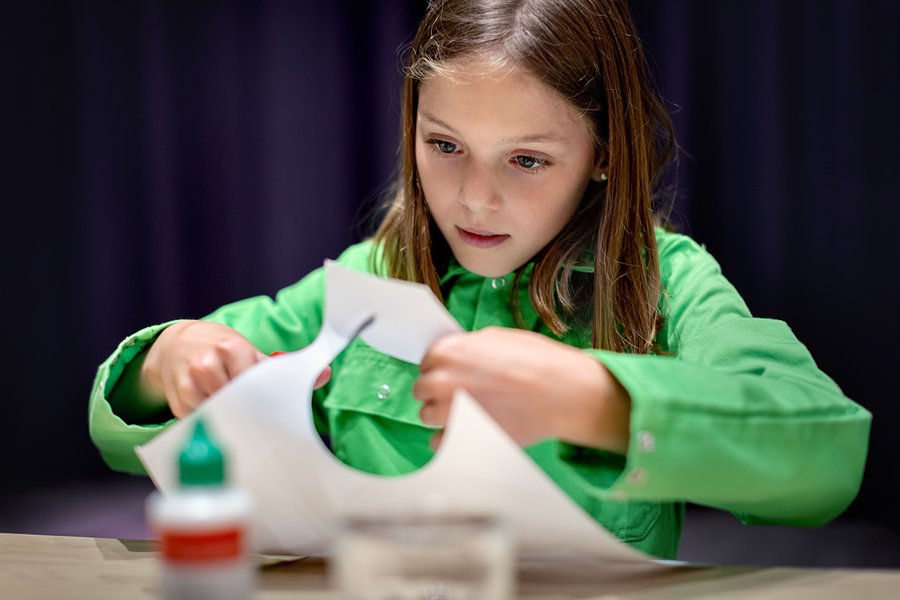 Cut the two circles out of the paper. 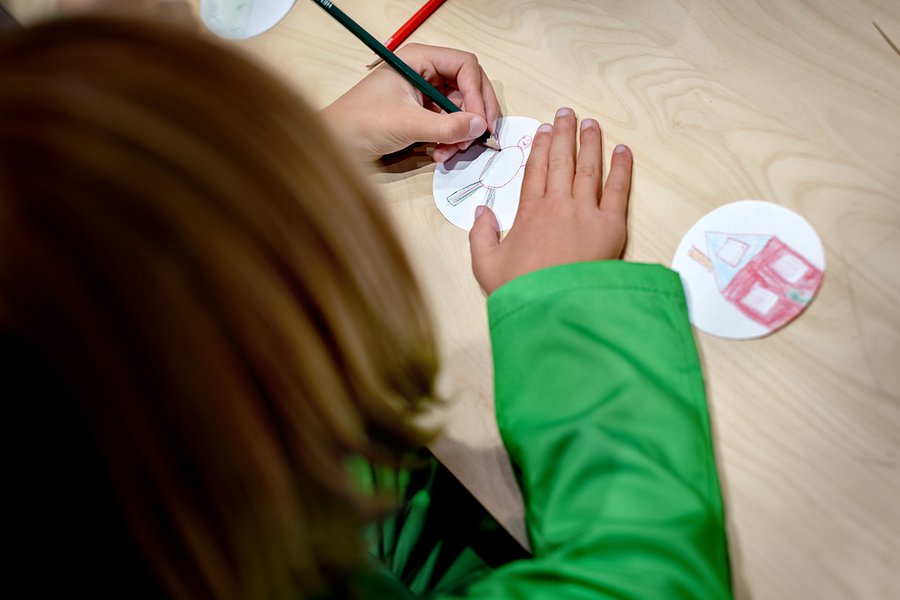 Draw an animal or a person on one of the circles. On the other one, draw its surroundings, such as a forest, a house or the moon. Use lots of bright colours, because then your drawings will be easier to see. 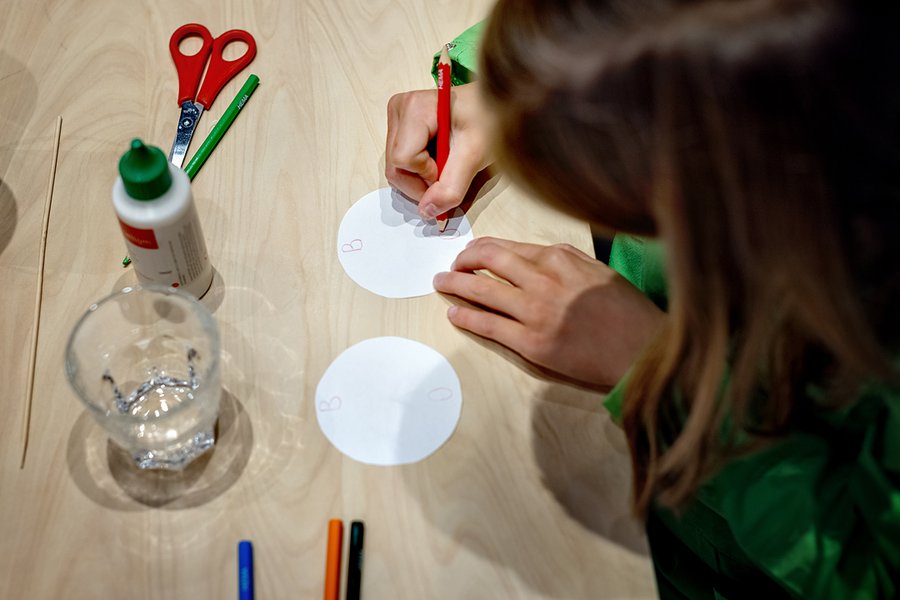 Turn the circles upside down. With a pencil, write where the top (T) and bottom (B) of your drawings are. 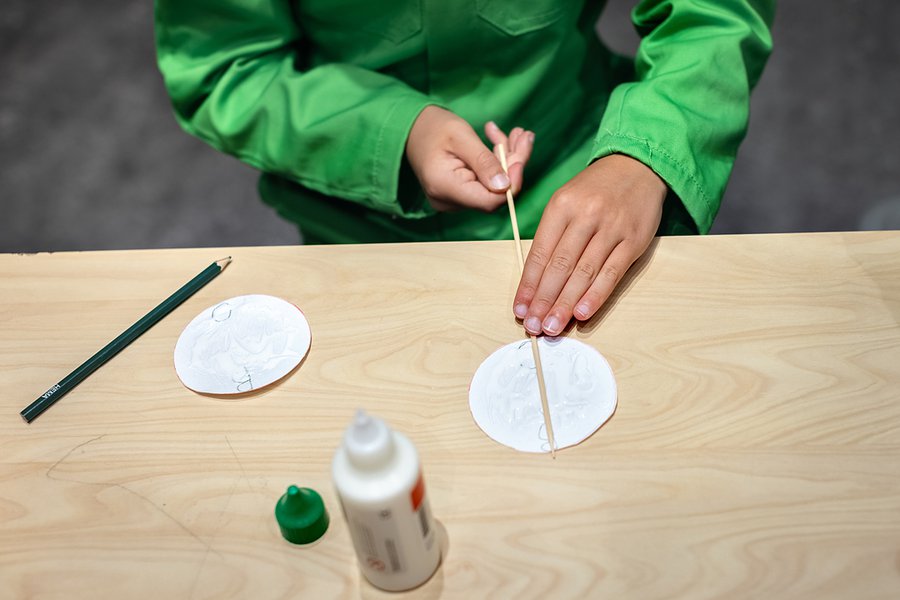 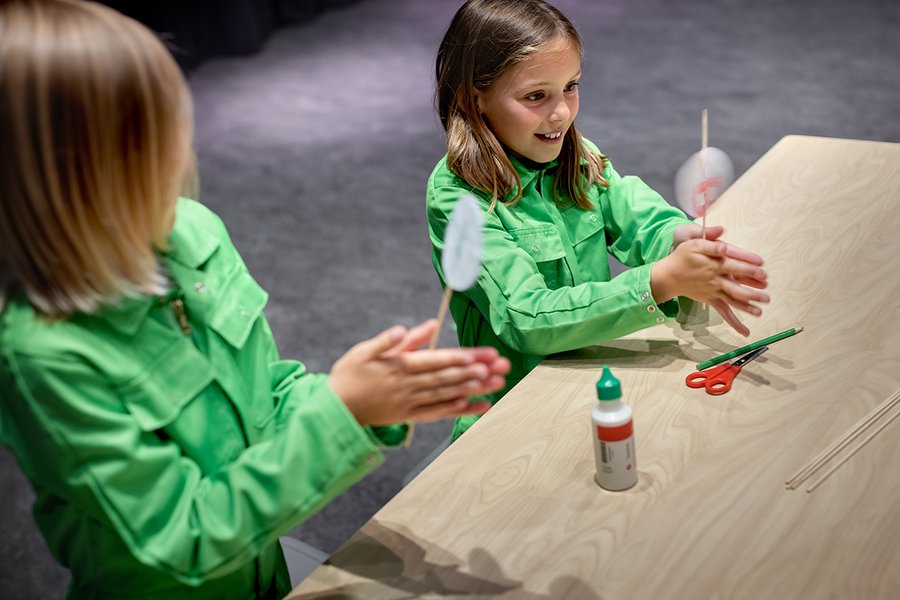 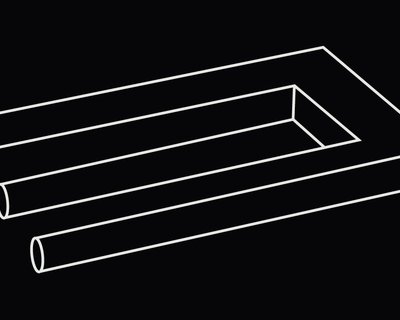 How many prongs does the fork have? 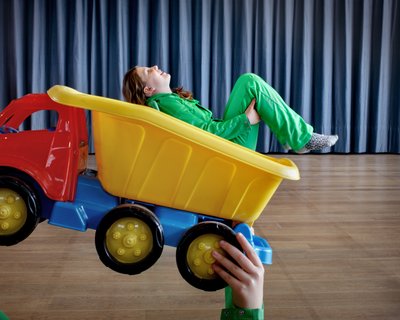 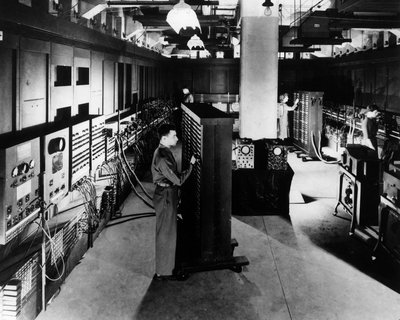 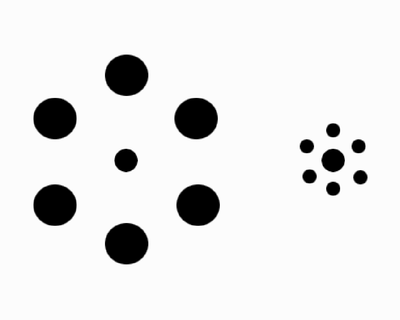 Which of the dots in the middle is the larger?